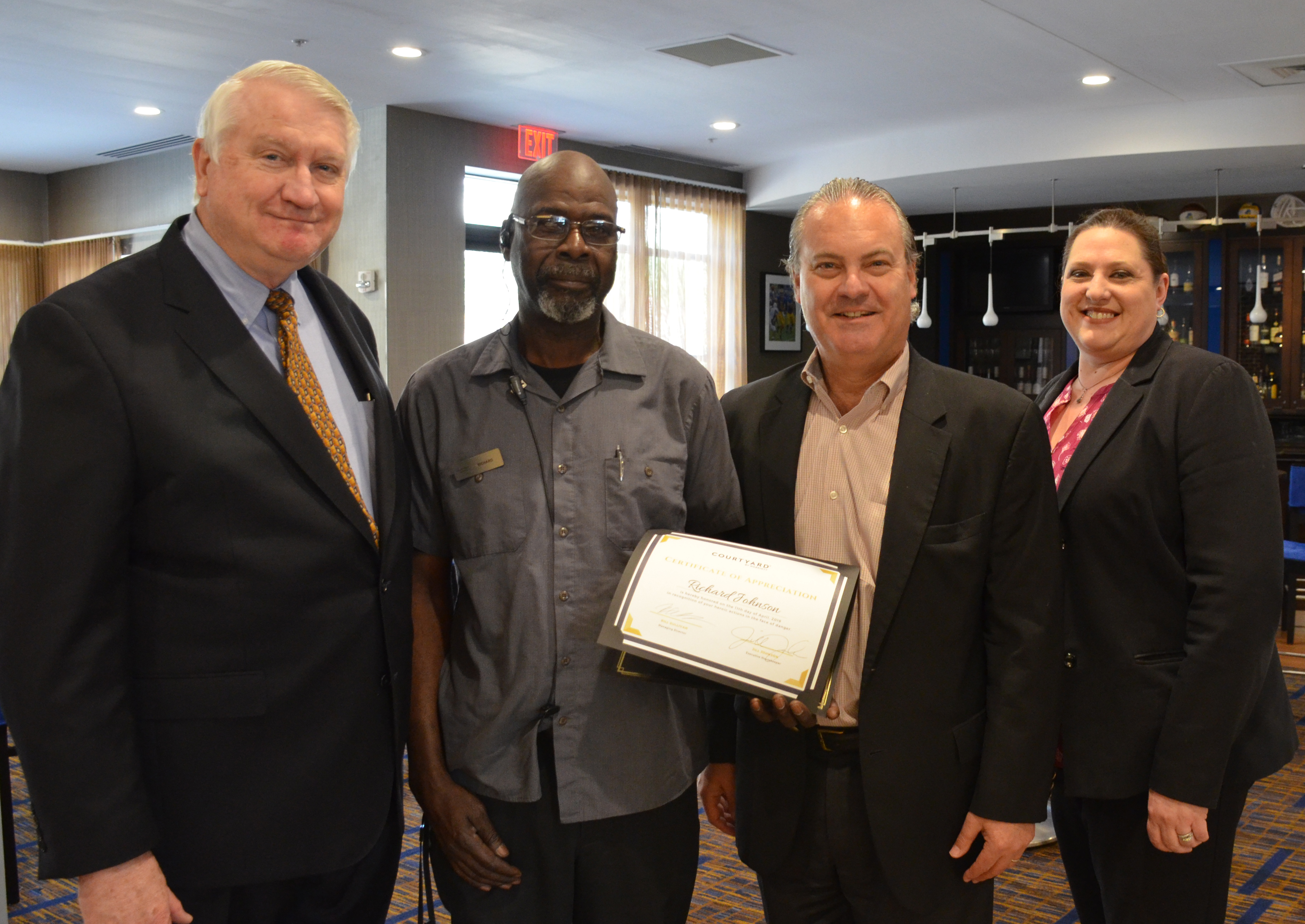 Richard Johnson, Houseman at Courtyard Newark-University of Delaware went above and beyond for his hotel, staff, and guests. While running on a temporary boiler system from two 5,000 gallon propane tanks in the parking lot, Richard noticed a flame in the vent shaft. Richard immediately found a fire extinguisher and put the fire out. This prevented an explosion that may have injured staff and guests, and could have left significant damage to the hotel. Richard was presented with a certificate from President of Shaner Hotels, Plato Ghinos, and a reception for the staff for his heroic act. Richard has been with Shaner for just under four years.

Thank you Richard for taking care of your hotel staff, and guests!