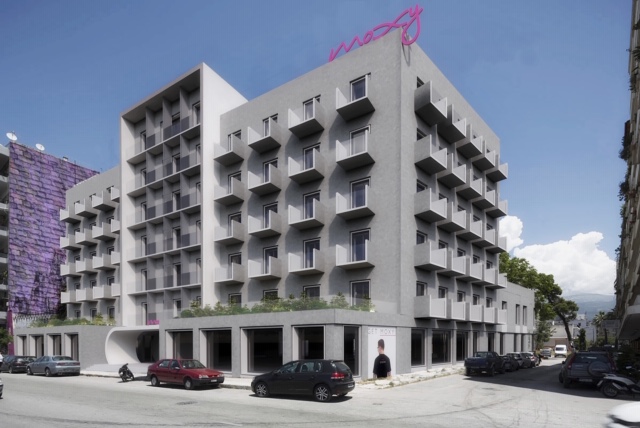 Shaner Hotels, in partnership with CS Hospitality, will open the first Moxy Hotel in Greece on April 15th. The Moxy Patra Marina in Patra, Greece is the first hotel in a pipeline of several that Shaner and CS will be opening in Greece. the Academia of Athens Autograph Hotel will open later next month.

The waterfront Moxy Hotel overlooks the Patra Marina and boast 116 well appointed guest rooms. The hip and modern Moxy vibe can be felt throughout the property with features like a rooftop bar/lounge, an outdoor pool and a welcoming staff that is knowledgeable about both the historic attractions and playful nightlife for which the city of Patra is known.

Congratulations to General Manager, Georgios Prasinos, Director of Sales, Marianthi Savaidis and the rest of the Moxy, CS and Shaner opening teams.