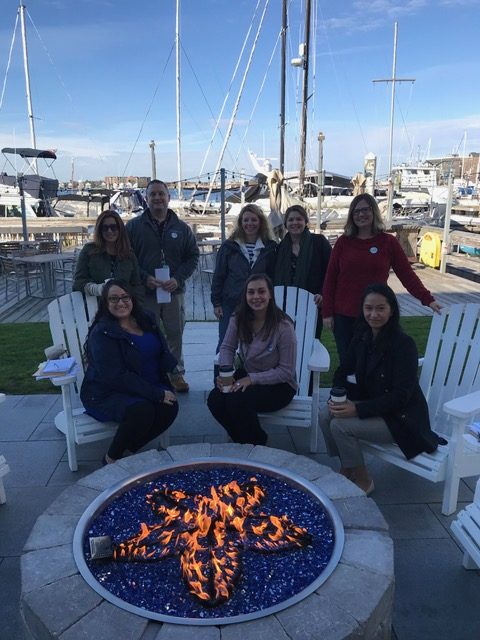 The Newport County Chamber of Commerce’s Excellence in Business Awards, sponsored by Carey, Richmond & Viking Insurance, were established to recognize the variety of businesses that operate and thrive in Newport County and Rhode Island. Applications were reviewed and judged by a selection committee made up of Board and Committee members.  Business innovation, customer service, growth, industry leadership, community service, and other local, regional and national recognition were among the factors weighed by the committee.

“We are absolutely thrilled to be named Large Business of the year by our Chamber of Commerce,” said Debbie Neves, Director of Sales for the Newport Harbor Hotel & Marina.

Debbie cited several factors that were involved with the nomination and selection process.  Here are a few of them:

-The Newport has continuously given back the community by volunteering time to several organizations such as The Newport Music Festival.

-The staff has “Jeans Friday” which is an opportunity for the team to wear jeans on Friday’s with a $5 donation.  The recipient of “Jeans Friday” donations in 2018 was Lucy’s Hearth which is  a 24-hour emergency and transitional shelter for families and their children who are homeless due to economic hardship, family crisis, and divorce.

-The General Manager, Kristine Cox, serves on several boards such as the Convention and Visitors Bureau and The RI Hospitality Association. As DOS, Debbie previously served on the chamber board and lead the Emerging Leaders Committee which is sponsored by their restaurant, Saltwater.

The award winners were divided into 5 categories and will be presented at this year’s Annual Meeting, scheduled for Wednesday, January 30, 2019.

Congratulations to the management and associates for this prestige’s award!