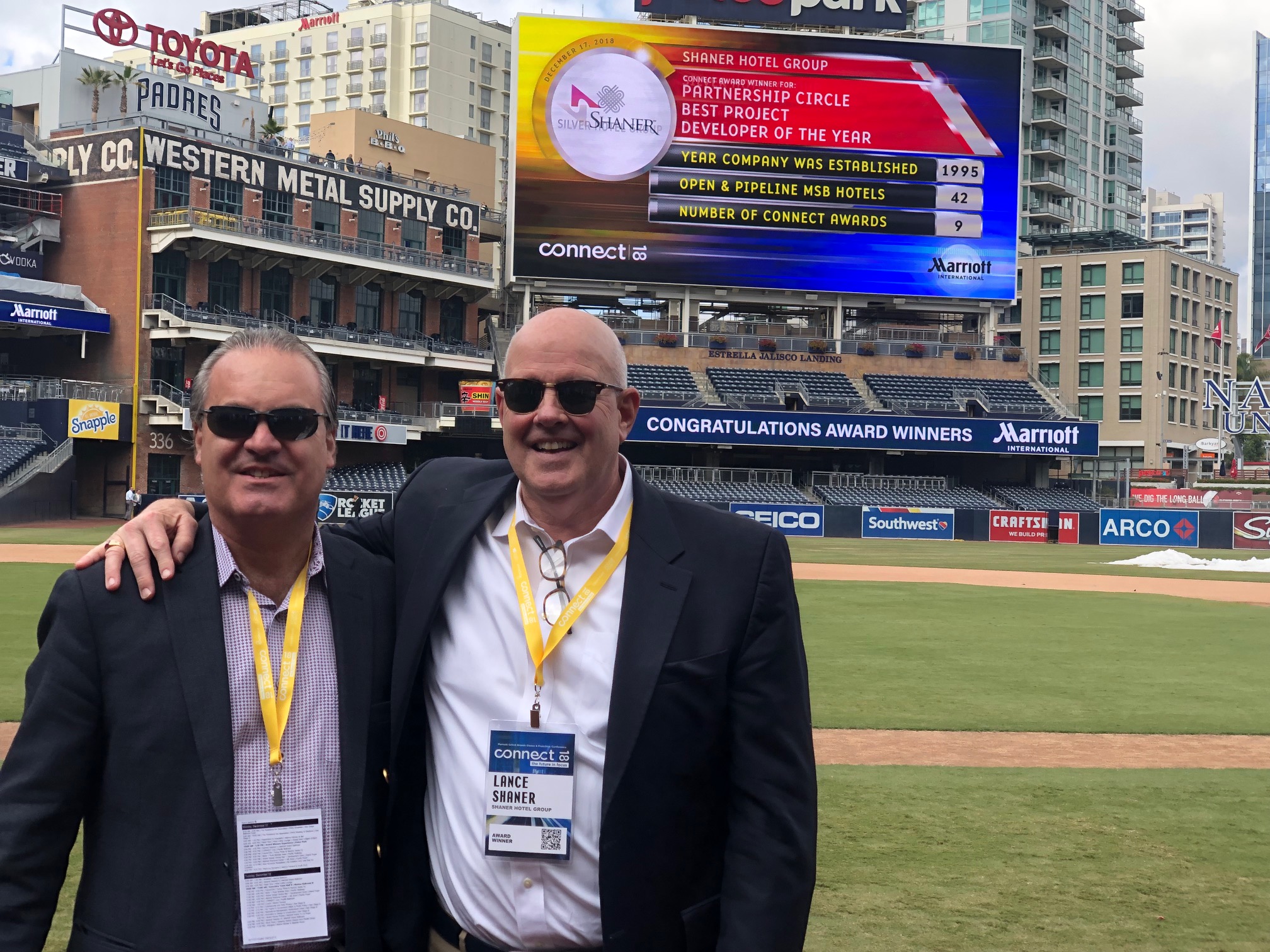 Representatives from Shaner Hotels, including Lance Shaner and Plato Ghinos, recently attended the Marriott Connect Conference that was held from December 17-19 in San Diego, California.  Shaner Hotels was honored to receive three distinguished awards including the Partnership Circle Award, Developer of the Year and Project of the Year.

Shaner was selected for the Partnership Circle Award, Marriott’s highest accolade honoring companies that live Marriott’s vision, share a mutual, long-term commitment, fully embrace Marriott’s brand initiatives, focus on employees to create a well-managed and engaged workforce, invest in hotel product and providie outstanding customer service. A Marriott franchisee for more than 30 years, Shaner is approved to operate its franchised hotels internationally. Additionally, Shaner received its second, consecutive Developer of the Year award for its robust pipeline, having opened four hotels in 2018 with an additional five hotels scheduled to open in 2019.  The company also was recognized for Project of the Year for the company’s AC Hotel Columbus Dublin in Ohio.  The recently opened hotel was recognized for the strong representation of the AC Brand for Marriott International.  The hotel is a top performer for the brand with high guest satisfaction scores, revenue per available room (RevPAR) and penetration success since its opening.

“We are satisfied with nothing less than excellence throughout our hotel portfolio, as evidenced by the accolades we have garnered this past year,” said Plato Ghinos, president, Shaner Hotels.  “As each recognition focuses on a different aspect of our business, from development to operations, I honestly can say we could not have accomplished any of this without our dedicated associates.  From our development teams scouting new locations to our housekeeping and engineering staffs keeping our hotels running, I am humbled by and grateful for all the work our teams have accomplished to help us win these awards.”