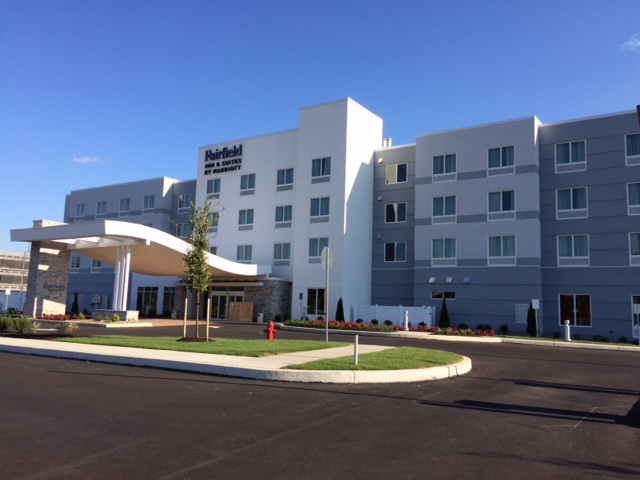 “With the opening of the Fairfield Inn & Suites Harrisburg, arriving and departing Harrisburg International Airport (HIA) travelers now have convenient, brand new accommodations adjacent to the gates,” said Timothy Edwards, HIA executive director.  “No longer will visitors have to travel nearly ten miles for a place to stay.  Not only does this make life more convenient for travelers, but it also improves the practicality of the airport itself.”

“Our portfolio now includes four hotels in Central PA, and we maintain an active pipeline with additional projects in the area, including a project in Mechanicsburg that we plan to break ground on shortly,” added Lance Shaner, chairman and CEO.   “Beyond sharing best practices and economies of scale, the Fairfield Inn & Suites Harrisburg will benefit from its proximity to the airport, literally Just steps to the airport terminals, as well as the fact that it is the first Marriott-branded hotel near the airport.”

“We continue to have an aggressive, yet measured, appetite to grow our international portfolio of select- and full-service hotels located in key markets with strong demand generators and high barriers to entry,” said Plato Ghinos, Shaner president.  “The Fairfield Inn & Suites Harrisburg is a prime example of the type of location we seek:  a regional airport that serves nearly 1.2 million people annually with nearby business, leisure and educational outlets.  We are confident the hotel quickly will become the market leader for Harrisburg-area visitors.”

HIA serves central Pennsylvania, making it the state’s third busiest airport.  All major airlines have hub locations at the airport, including non-stop international flights to Toronto, Ontario, Canada.  Additionally, FedEx and UPS have extensive facilities at the airport, which also serves as a take-off/landing practice runway for Air Force One.