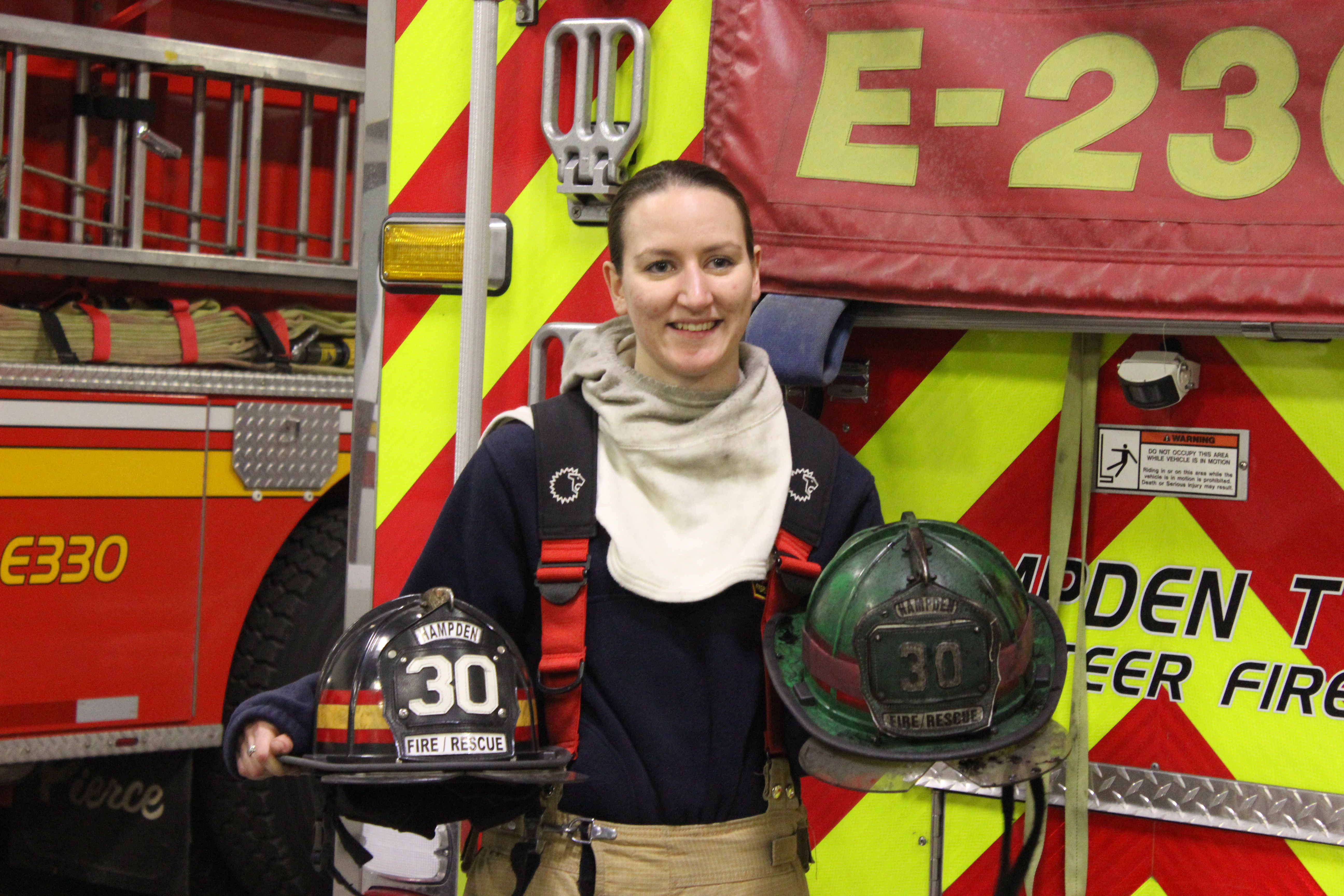 The Hotel General Manager is the on-property leader of their hotel.  They are responsible for leading their team and operating a successful hotel.  The day to day life of a General Manager can be stressful as new challenges can pop up daily. Quite often GM’s will say they spend their days “putting out fires.”  For Tiffany Panosetti this phrase has a more literal meaning. When Tiffany is not leading the team at the Courtyard Mechanicsburg, you can find her volunteering as a firefighter in her community.

Tiffany started with Hampden Twp. Volunteer Fire Company in 2014, the 2nd busiest company in Cumberland County with 879 calls in 2017. She is one of 35 active members within the 100% volunteer department. she started out wanting to be a photographer, but got hooked with the firefighter training and just kept going. While working as a Sales Coordinator with High Hotels, she completed 168 hours of training at Harrisburg Area Community College with the PA State Fire Academy and is now Nationally Certified as Firefighter I. She began serving on the board as the Financial Secretary in 2016, and continues to hold that title.

The fire department attends training every Tuesday evening. These training sessions include CPR, HazMat, hoseline management and advancement, SCBA, ladders, roof operations, ventilation, door entry, live burns, and much more.  Tiffany is also able to help with community events such as the Open House in October, Touch A Truck event in April, Fire Prevention Week, Operation HoHo and others.

About a recent call to a house fire in Mechanicsburg, Tiffany said, “while the team was working out in the gym at the firehouse, bells go off. We run to the gear room where I put on my bunker pants, boots, coat, and helmet.  Run out to the rigs. Sirens blaring and weaving in and out of traffic to get to the fire. 2nd floor was on fire. Other companies pulling in all over. We’re told to “mask up” where we put on our breathing apparatus, grab tools and head inside. Chief put me on the nozzle, where we crawled around the house to hit hot spots to help extinguish the fire. It was extremely exhausting. When you have about 45 pounds of gear on your back with all your gear on, it gets unbelievably hot.”

For the most part, she is the only female that still actively runs with the department. “I’m considered just another one of the guys. I have a laid-back but, hard-working personality so it fits right in with the firehouse. I actually sort of consider it a stress reliever too since it forces my mind to completely adjust at times. I don’t think about work, home, etc. When the bells go off, all you’re thinking about is “what are we rolling up to?” From the automatic fire alarm, to the 2nd alarm house fire, to the overturned car accident, we have to be mentally and physically prepared for anything and everything.

My husband was a firefighter for 9 years when we moved to Mechanicsburg and we tossed around the idea to join a local company. Between work schedules, he joked that I would never see him if we did. I came right back and said “well I can fix that,” and a few weeks later, we were running calls together. I really love the physical aspect of it since I’ve always been pretty active. It’s a whole different type of workout and being physically fit can be the difference between life and death. I’ve always had a niche for wanting to make a difference in people’s lives. When there is so much negativity in the world today, it’s unbelievably rewarding on the days where we go out and make a difference to people who are having the worst day of their lives. When most people run away, we willingly, are running in. “

Tiffany encourages anyone in the community to reach out to their local fire departments and see how you can help. Most of PA is covered by the Volunteer Fire Service, and most are struggling for volunteers. From donating food, water, administrative duties, to much more…there’s always ways to help get involved, even if you don’t want to be a firefighter. Although, when you run fire calls to corporate offices, it does help get you on the “inside.”