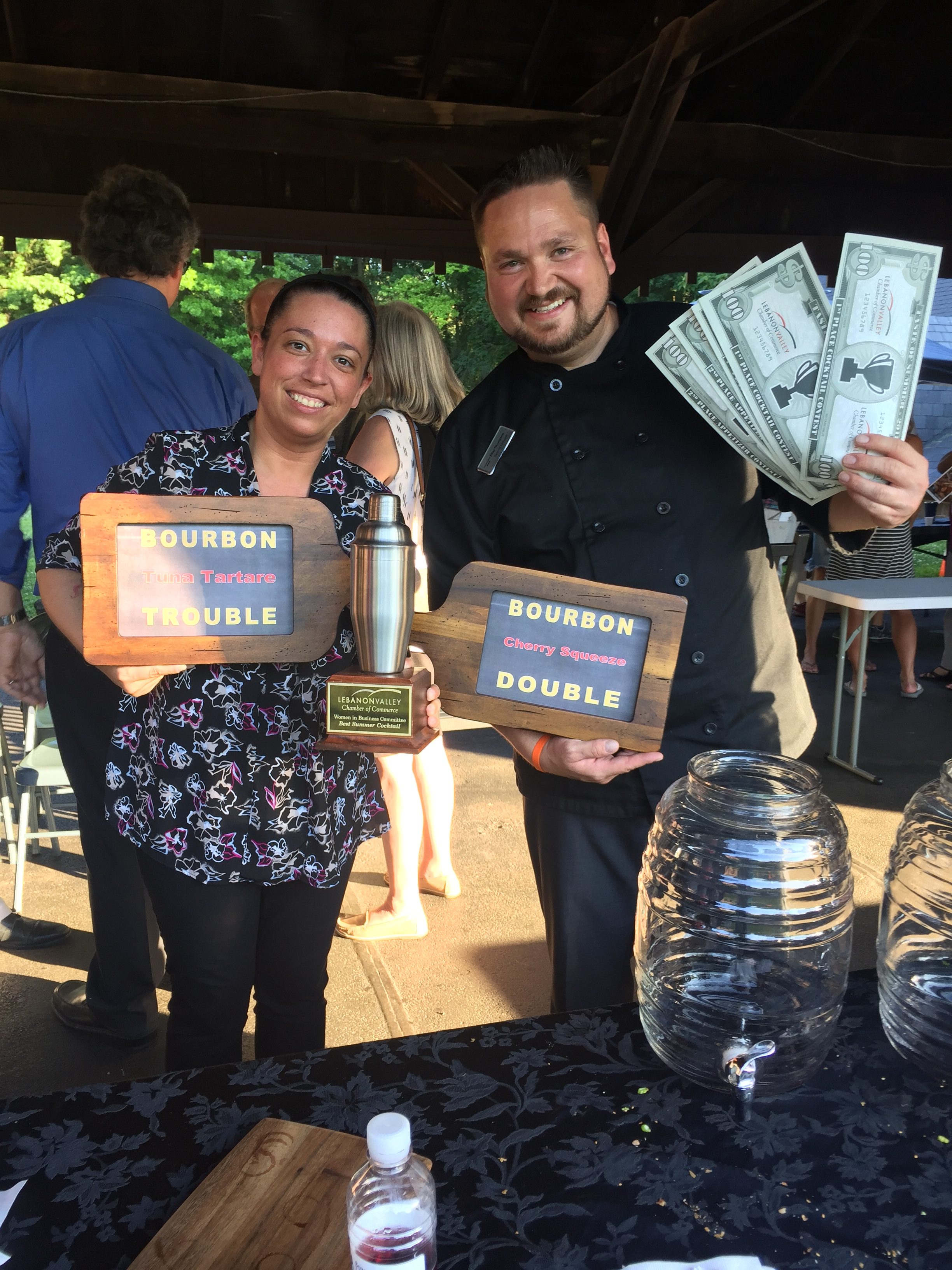 On July 19, 2018, the Lebanon Valley Chamber of Commerce organized the Taste of Summer event at the Cornwall Iron Furnace in Cornwall, PA.  The contest began at 5:00PM and the winners for Best-Tasting Appetizer and Summer Cocktail were announced at 7:00PM.  Local restaurant chamber members were invited to attend and show off their appetizer and/or cocktail from their establishment to 100 attendees.  The grand prize winners received a trophy and $400, and runner ups received $200.

The Courtyard Hershey Chocolate Avenue did not participate in the appetizer contest last year, but they went in strong this year and brought an appetizer and cocktail.  In attendance to serve the samples were General Manager Elias Thompson, Assistant GM Sam Bergantine, and Chief Engineer Matt Peterson.  The 2017 trophy proudly sat on the table as samples of the cocktail and appetizers went flying off the tables.  This year, the Courtyard Team served a fresh twist to the Black Cherry Old Fashioned, and for the appetizer, a delicious tuna tartare with a lime glaze and bourbon sauce.

So, who took home the prize?  The Courtyard Marriott Hershey Chocolate Avenue retained their trophy for Best-Tasting Summer Cocktail winning the $400 grand prize!  They also took 2nd place in the Best-Tasting Appetizer with their tuna tartare winning an additional $200!  Total winnings they took home was $600 cash.  The only venue to take home two cash prizes.