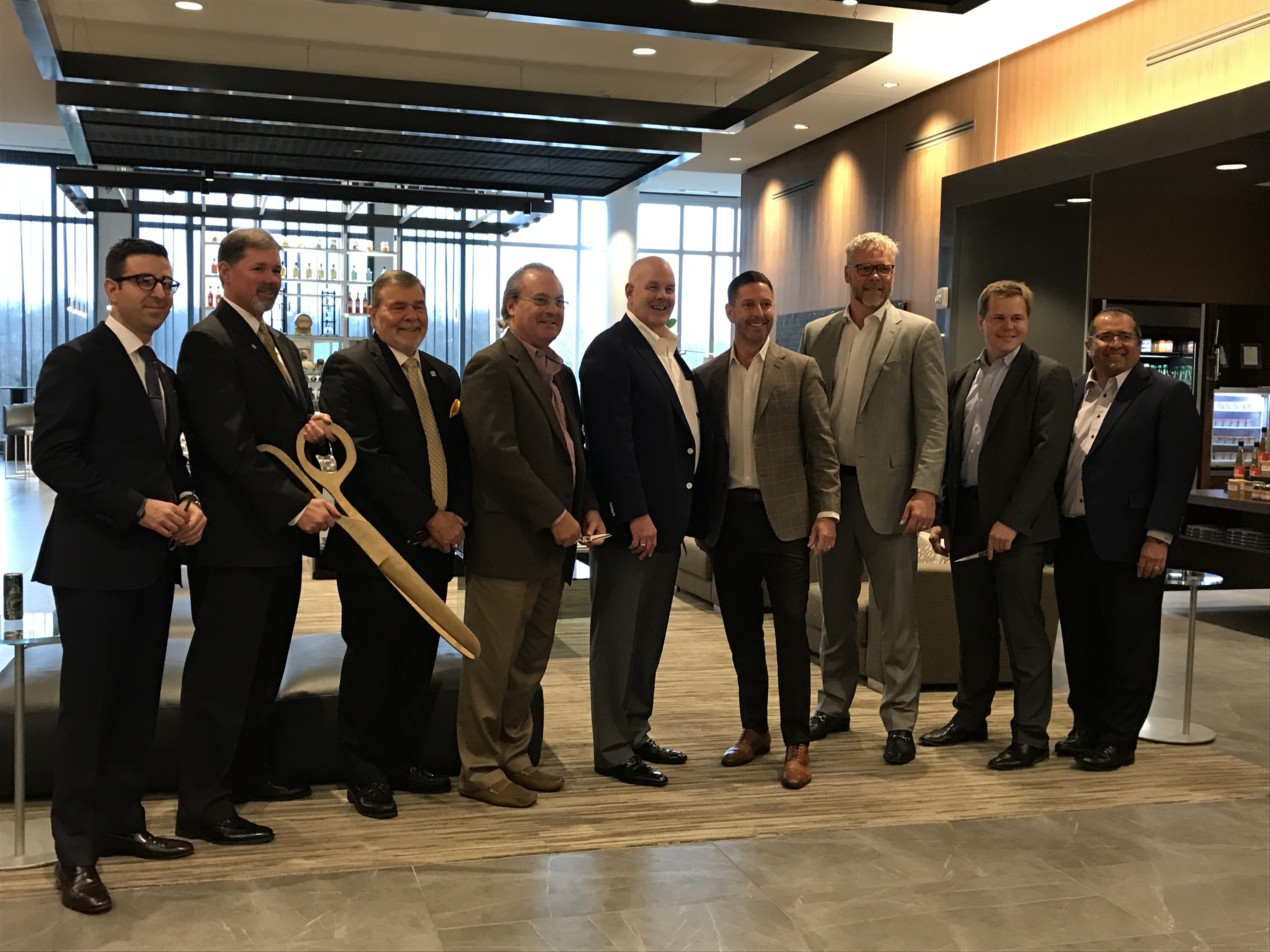 The festivities began Wednesday afternoon with the hotel’s ribbon cutting ceremony.  Due to inclement weather,  associates from ownership group, Crawford Hoying, as well as Shaner and local attendees gathered in the lobby for the ceremony.  Cutting the ribbon were Crawford Hoying’s  Brent Crawford, Bob Hoying and Nelson Yoder.  They were joined by  Shaner’s own Lance Shaner, Plato Ghinos and Orcun Turkay as well as Joe Carrillo from Marriott and Greg Peterson and John Reiner, the Mayor and Vice Mayor of Dublin.  A small reception was held for the attendees following the ceremony at the lobby bar and lounge.

Later that evening, the official grand opening celebration was held at the AC’s newly opened VASO Rooftop Restaurant and Lounge.  More than 350 people gathered in VASO for food and drinks to celebrate the opening of the AC.