Serving the Community in St. Augustine 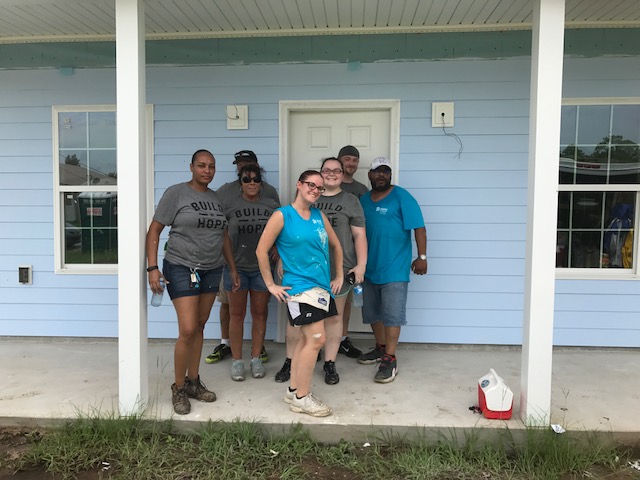 The team at the Fairfield Inn St Augustine recently completed its fourth volunteer build day with Habitat for Humanity on August 5th.  While temperatures reached into the 90’s that day, all the volunteers did an exceptional job working on a variety of things such as painting, caulking and hanging up siding.

The build took place in Hastings, Florida, a town and agricultural center in St. Johns County, Florida, located just 18 miles southwest of St. Augustine. The build location is actually next door to the house they previously did two builds on last year.  The team’s next build is scheduled in October for Fairfield Inn & Suites Rally to Serve Month. Rally to Serve is Fairfield’s annual community service program. While Fairfield associates Rally to Serve in a variety of ways all year long, the brand has a special partnership with Habitat for Humanity. Fairfield has partnered with Habitat for Humanity for over 13 years to help those in need of housing in our local communities. Since 2004, Fairfield has contributed labor, funds, and supplies to the completion of over 500 homes.

Thank you to the following associates that volunteered their time for this great organization:

In addition, there were several more employees who volunteered but were asked to stay back at the hotel to keep the property staffed.  The team at the Fairfield Inn St Augustine is showing another great example of how Shaner associates do their part to better their communities. 10 responses to “Serving the Community in St. Augustine”