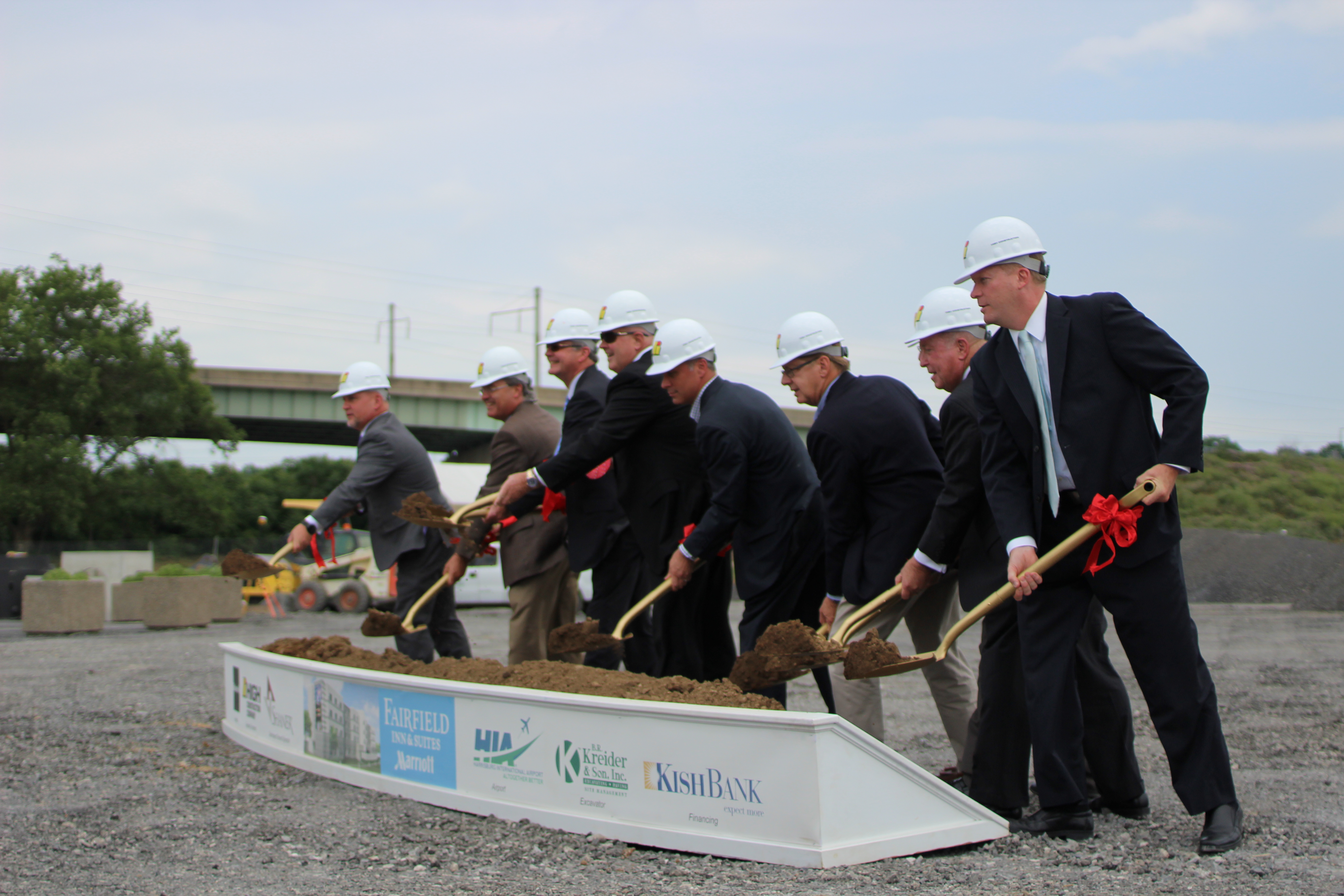 Representatives from Shaner Hotels, High Construction and the Harrisburg International Airport (HIA) held an official groundbreaking ceremony on the site of a new hotel scheduled to open in late 2018.  The Fairfield Inn & Suites Harrisburg International Airport will be the first hotel located at the airport and will service the more that 1.3 million visitors who fly through HIA each year.  “HIA provides transportation to more than 1.3 million passengers and 100 million pounds of cargo annually, ” said Shaner President, Plato Ghinos.  “Furthermore, it is just a short drive to such major attractions such as Hersheypark, Hershey’s Chocolate World, the Penn State Hershey Medical Center and downtown Harrisburg, creating a strong lodging demand for leisure and business travelers alike,” he added.

The ceremony began with comments from Tim Edwards, Executive Director of HIA, Rick Stoudt, President of High Construction, Jeff Haste, Dauphin County Commissioner, Bill Hoy, Shaner VP of CDFMG, Plato Ghinos and Lance Shaner. Following their remarks, each lined up over a pile of dirt and officially broke ground on the project digging one scoop form the pile with their golden shovels (as seen above.)  There were approximately 50 people in attendance at the event.

The Fairfield Inn & Suites Harrisburg International Airport is currently scheduled to open in late 2018.  It will feature 120 spacious guest rooms, fitness center, 1,500 square feet of meeting space and a bar/lounge area to accommodate guests.  The hotel will be connected to the airport terminal via the parking garage and eventually a sky bridge that will connect all three areas.  Airport officials say that having a hotel at the airport has been a goal of their for nearly 20 years.  The addition of the hotel is part of a multi-faceted development plan to improve the facilities at HIA.