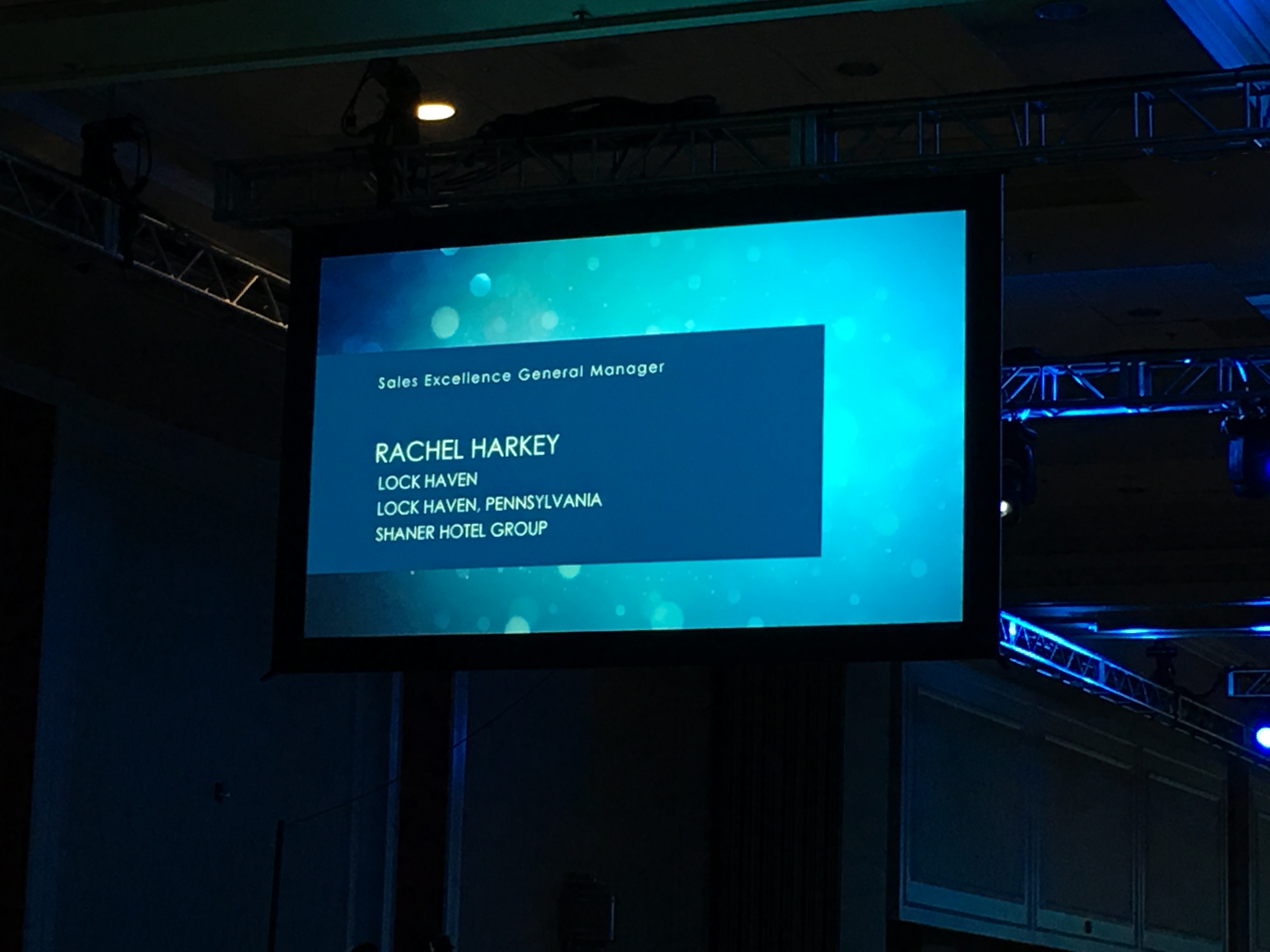 In order to be eligible for this award, Rachel had to show direct involvement in the sales effort for her property while growing the RevPAR and keeping it at or above the brand average from 2015 to 2016.  She had to show sales leadership and creativity, utilize the Mad About Market Share tool and continue to have her hotel perform well in the area of GSS.  Playing the dual role of GM and DOS for her property, Rachel easily qualified for each of these criteria by implementing strategies that pushed her hotel to lead the market in 2016.

The Fairfield Inn Lock Haven is located in a very unpredictable market. When the hotel opened 6 years ago, the market was in high demand. The oil and gas boom in central Pennsylvania was in full swing and area hotels were running one hundred percent occupancy on a nightly basis. Recent years have seen a very different trend. Most of the larger projects have been completed and the majority of the work has relocated to other parts of the state. The larger oil and gas companies have purchased residential properties to house any remaining workers. This influence not only impacted the hotel industry in the area, but many companies that helped to service the oil and gas business were also hit hard forcing some into bankruptcy.

Rachel also shifted her focus, targeted, and penetrated the competitive State College market. Even though her hotel is a considerable distance from the hotels in that market, she was able to persuade the customers to travel the extra distance. Her persistence brought the hotel over eighty thousand dollars of additional revenue during the year in times that her local market was stagnant. The biggest catch of them all was an LNR that she was able to shift which brought in over half of that total.

Rachel’s perseverance has pushed the Fairfield Inn Lock Haven to the top of its market; doing all this while still having to wear the General Manager’s hat for her property.  Congratulations to Rachel on this great honor.