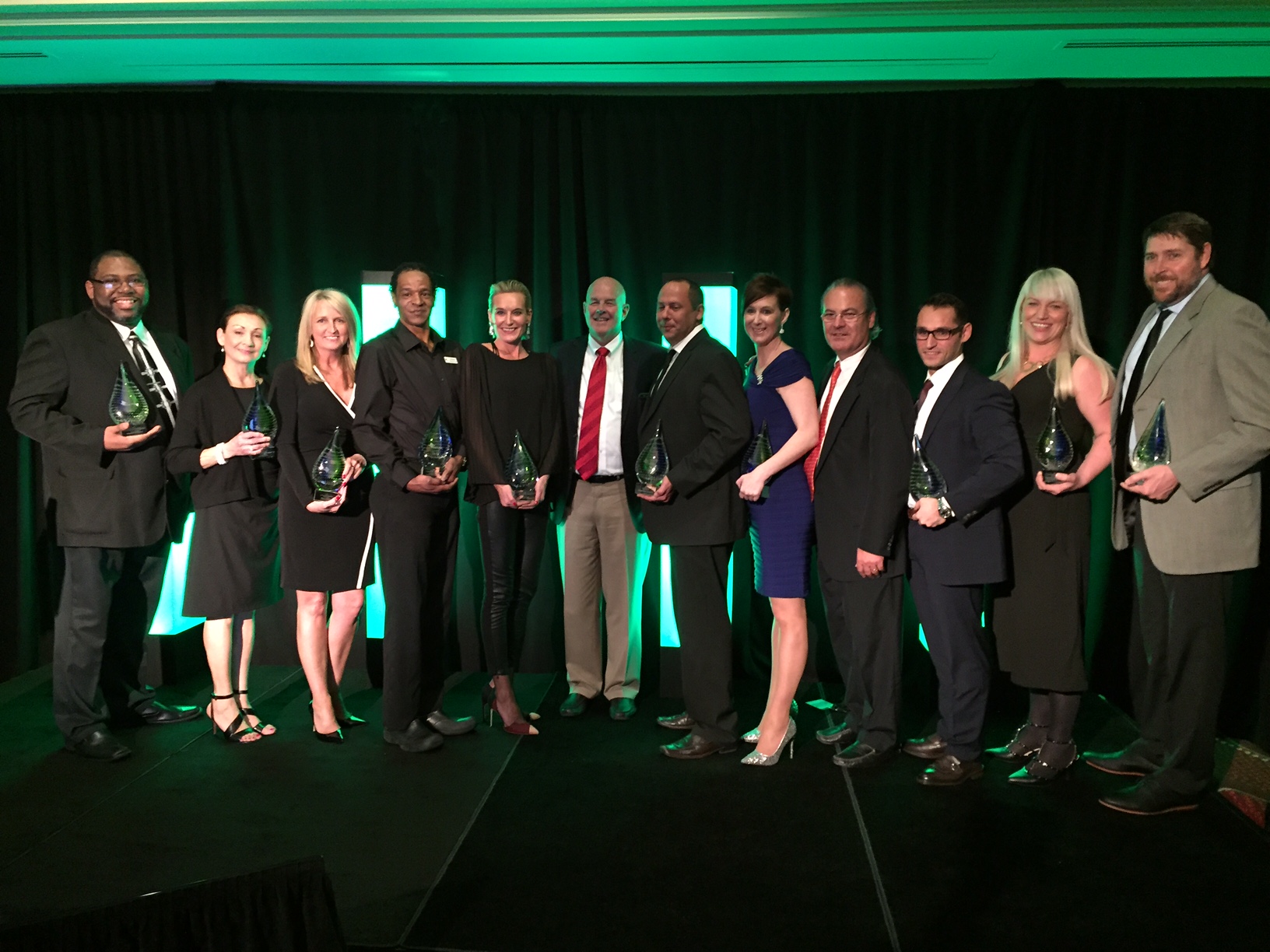 The Annual Shaner Awards Gala, the concluding event of the GM/DOS Conference, was held on Monday, February 20 at the Pittsburgh Marriott City Center.  On a night filled with tremendous food, great friends and colleagues and emotional, tear-jerking speeches, ten awards were given out.  More than 150 people were in attendance including former Penn State football players and current NFLer’s, Jesse James and Anthony Zettel, conference attendees, Shaner partners, corporate office associates and four very special guests; Cliff Benson, Alejandro Villanueva and Nate Patterson, who was accompanied by his daughter.  The night began with inspirational speeches from these gentlemen.

First, Plato Ghinos introduced the group to a program in which he and Lance Shaner are helping veterans with head, neck and spinal injuries receive the treatment and surgeries they need.  Next, Cliff Benson, who is a friend on Lance and Plato and has been instrumental in the work being done to help these veterans, took the stage to give even more detail about the program.  Next, Nate Patterson and his young daughter came to the stage.  Nate is one of the veterans that has benefited from this program receiving back surgery just a few months ago after he was told by the VA Hospital that there was nothing that could be done with his condition.  He explained how his pain had been cut in half just two months after surgery and it is only going to continue to improve.  Finally, Alejandro Villanueva spoke.  Villanueva is a current member of the Pittsburgh Steelers, veteran from the war in Afghanistan and fellow company member of Nate Patterson’s.  Villanueva spoke about the needs of veterans when they come home and his experiences adjusting to civilian life after serving in the military.

After these very emotional speeches, dinner was served and the awards were announced.  Again, every award winner gave an emotional acceptance speech showing both their surprise and appreciation.  Perhaps the highlight of the awards presentation were the acceptance speeches of the two Associates of the Year, Patty Tapia and Jermaine Noka. Congratulations to the following list of award winners: