In the Face of the Storm 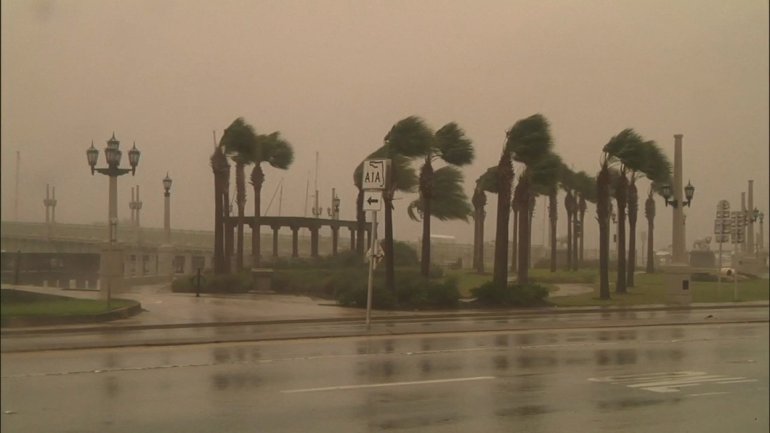 Last weekend, one of the worst storms in recent history, made its way through the Bahamas and into the East Coast of Florida.  As Hurricane Matthew approached, it became quite apparent that many hotels in the Shaner portfolio were going to be affected by this storm.  As the storm made its way through the Atlantic, the first property to feel its impact was the French Leave Resort in the Bahamas.  Hurricane Matthew was a category four hurricane as it ripped through the islands.  The storm stayed slightly west of Eleuthera though and the French Leave Resort came out relatively unscathed.  In fact, construction on the resort was back up and running the following day.

After getting through the Carribean Islands, Florida was next in it’s path.  The Keys and Miami area started preparing for the storm’s impact.  As Shakir Hussain, GM at Playa Largo explained:

“First we advised our staff to make sure their families remained safe.  Then, we had to remove all exterior furniture which included 10 beach cabanas, umbrellas, hammocks and clearing the pool deck.  We also had to tie down golf carts, paddleboards and kayaks. With 30 rooms remaining occupied, we had staff stay on to reset everything after the hurricane came through.  We also ensured we had enough food and drink for eight days.”

“We did plan for the worse and our staff did a great job with prepping the building in case the storm made a turn. We just about completely cleared the majority of the furniture located on the pool deck which was a fairly large task that the team did an excellent job with.”

While making its way toward Florida, Hurricane Matthew made an unexpected right-had turn sparing Miami and the Keys from the full force of the storm.  “We were very lucky the storm turned,” added Alex Reitter.

As the storm made it’s way up the Florida coastline, everyone quickly realized that the Jacksonville Area was going to get hit hard. It’s never a good sign when the Weather Channel is reporting live about a hurricane from the pool deck of your hotel. This was the case at the Courtyard Jacksonville Beach.  GM, Michael Melendez shared the following:

“The staff here did an amazing job in preparing for the Hurricane as we pretty much barricaded the entire hotel with sand bags where water could not enter our lobby area and were very successful at that.  We did have to evacuate the entire hotel Thursday including The Weather Channel Crew as well.  We were able to return to the hotel that Saturday Afternoon for just clean up and organizing all weekend.  Almost every staff member here was able to help, and again did an Amazing job as you would never know our hotel was affected besides all the roofing company trucks out front.  We are literally a beach front property though now as the Sand Dunes reached our pool deck.”

The roofing trucks mentioned are there to fix the damage the storm caused.  Lifting part of the roof, the storm damaged the 6th and 7th floors of the hotels.  Rooms on those floors remained closed as repairs take place.  Across the street, the Fairfield Inn prepared for the worst as well, and it was a true team effort.  GM, Jodi Orbich reported:

“Spencer White and Kim Kibo volunteered to stay at the hotel with me on Wednesday since we were notified that the city wanted evacuations to start at 6am Thursday Oct 6th. Also Andrea Flores was the only housekeeper to show up on Thursday and clean multiple rooms. Cheryl Sturgil and Shaneta Womack did as much laundry as they could so that we never lost any linen to mold issues when we were able to return. With all of their help, we were able to get the building closed by 12pm.”

As the coastal areas were being evacuated, many of our hotels not in the direct path of the storm became a refuge for those evacuees.  Shaner properties have been receiving amazing feedback for the stellar service provided during this very difficult time for many.  Here are some of those stories.  At the Holiday Inn Jacksonville, DOS, Courtney Woznek shared the following:

“Our hotel is the designated shelter for Fleet Landing Mayport Naval Nursing Home so not only did we have a full house but we also had a shelter set up in our ballroom! We had the pleasure of hosting these wonderful guests for 2 days before they could return home and it was an absolute treat.

Since we had many associates that were in evacuation zones, they had to take their families out of the area so we were quite short staffed. All associates on property banded together and created a more memorable experience out of a less than stellar situation. Friday when the storm was hitting nobody could leave to go find food so we made sure to put out a lunch buffet for our guests and had the most successful night in the history of the hotel in our restaurant! It was all hands on deck and we all learned how to do something new; we were in the trenches together and we certainly grew stronger as a team.”

The following was posted to the Courtyard Homestead’s internal blog by DOS, Danielle Torres,

“The atmosphere was so cool!!! from the kids room (Camp Courtyard) with movies, games, popcorn, coloring station and comfy outdoor patio seating (inside the meeting room) to the ample seating and Bistro service straight through the evening! And the highlight of the evening was the fun way the staff dressed up in cheerful, funny attire and handed out “Mardi Gras” beads to make it less stressful for the families with children and guests that were checking in to get out of the storms way.”

And finally a guest at the Courtyard St Augustine had the following to share,

“Your staff and facilities were top notch. A building is a building anyone can buy a building but the hard part is staffing it with people who put the needs of others above their own. It appears that you have a talent for hiring exactly that type of person. I found everyone that I had contact with was simply amazing. It is my understanding that many of the staff were camping out at the hotel to ensure the bad weather wouldn’t stop them from making a difference in the lives of many tired and stressed out guests. Even being short handed I was amazed to have one of the most pleasurable hotel experiences of my life. So from my family to yours I say thank you and bravo!”

Hurricane Matthew obviously made its mark in history as it pummeled the East Coast.  The teams at Shaner properties did not back down during this time.  Instead, they all rose to the occasion and continued to deliver  the extraordinary service for which we have become known.  Each and every team member put the safety and experience of every guest first.  They truly embraced the “whatever it takes” motto and delivered.

7 responses to “In the Face of the Storm”